Archibald was born in Bow, London in 1881. His father William Adams was a joiner by trade and Archibald studied his Father’s work as a boy.

Archibald was from a large family. His Father William, Brothers George, Fred and Sydney and many cousins were all working in the company. Soon the business expanded and there were many offices around the Bow and Poplar area.

Born somewhere about 1881 in the neighbourhood of Poplar, he received his education at the elementary schools of the time.  But this process of intensive culture was somewhat handicapped by the curious love of the boy for playing truant; indeed I am told this was his marked characteristic, so far as school was concerned.

It was in 1900, at the age of 19, after having worked for Messrs. Selby, Ben Johnson and Hitchcock as a coffin maker, that he took a disused bakers shop in Campbell Road, Bow, and there in conjunction with his brother George, began the business which is now so well known and of such far reaching fame.  Later other brothers joined his concern.  Despite enormous amount of association and public work, Mr. Adams still holds the reins.

Mr Adams married in June of 1901, and no one who has met his domestic partner can doubt for one moment the deep wisdom of his choice.  Seldom has the writer met such an unassuming yet so delicately delightful a lady.  The marriage has been blessed with four daughters and one son.

Archibald died in 1949, his obituary read:

The first chairman of Benfleet UDC when it was inaugurated back in the middle 1920’s, Mr. Archibald Richard Adams J.P Manor Lodge, Rayleigh Road, Thundersley, died at Southend General Hospital on Sunday. He was 66.

Mr Adams came to live in the district 32 years ago, residing for a short while at Leigh-on-Sea, then moving to Thundersley, where the business he founded – that of funeral undertakers and monumental masons – still exists in the Rayleigh Road. He actually entered the business in 1900.

Chairman of the County Juvenile Bench at Southend-on-Sea, Mr. Adams’ efforts to point out the right path to the children who appeared before him were highly appreciated by all in the locality and bore good results.

He will be missed by all members of the Freemasons who knew him, especially at Thundersley and Leigh Lodges where he was Master. He was also connected with Trinity Chapter and the Grand Lodge.

Mr Adams was called upon to fill many offices. Members of Thundersely Gardening Association and Nursing Association knew him as their president and the Funeral Directors Association will notice his absence from its ranks. He was also a commissioner of Income tax.

Amongst his family he leaves a widow, four daughters and a son as well as eight grandchildren.”

Would the reader see a typical English Home? Then let him go to Thundersley, where Mr. Adams lives.

Mr Adams rapidly rose to local and civic importance – Chairman of the Poplar Board of Guardians for many years (taking the honour at the age of 23) Chairman of the Poplar-Stepney Sick Asylum, and is at present a member of the Rochford Board of Guardians, Rochford R.D.C and Thundersley P.C.  Mr Adams was offered Mayoralty of Poplar during the war period but on account of shortness of staff and the consequent pressure of business he was compelled to refuse it.

Everything he puts his hand to turns to success.  Well this may be so, but there is a motive power for all this and surely it is to be found in Mr Adams’ perseverance and his determination to get through with everything he takes in hand.  This curious doggedness is most marked in Mr Adams and by some is misunderstood.  But be sure of this, Mr Adams will get there every time.  Make no mistake, the big man we are analysing will stoop to no mean or dirty action.  His worst enemy (if he has one) will tell you “Archie Adams is always above board and straight.” 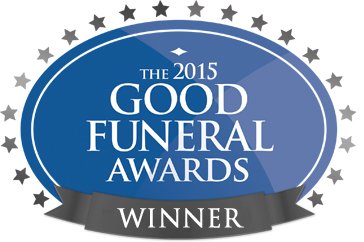 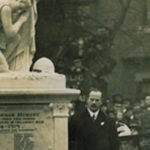 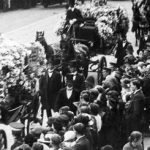